Impact of Covid-19 on Travel Industry in Uganda, Rwanda and other African Countries. – How Africa’s Tourism Industry Is Being Affected By Covid-19

The tourism sector just like most sectors of Africa’s economy has been tremendously affected by the outbreak of Covid-19 with its related restrictions and lock-downs. Suddenly tours/safaris have been cancelled or re-scheduled, bookings for accommodation facilities were canceled as well as most rural and urban destinations abandoned. Sadly, some employees of Tour companies and accommodation establishments were laid-off or sent on unpaid (or partial payment) leave as tour operators struggle to remain afloat and keep their businesses running.

At the start of 2020, Africa had big plans for the tourism industry with revenue to be earned from the sector estimated at billions of dollars but when the Pandemic struck, tours were cancelled, Airports temporarily closed, borders closed, flights were suspended and International tourists halted their movements thus affecting the sector. Most countries imposed travel restrictions as a way of limiting the spread of Covid-19 and this also reduced Airlines’ Passenger revenue.

Africa has for a long time depended on International tourists and even when domestic tourism would be the only hope, the imposition of partial or total lockdowns in most African countries has brought tourism-related activities to a halt. It is believed that it will take the Continent’s tourism industry a long time to be revived even after the situation has been normalized.

In Uganda, the tourism industry contributes over 7.7% of the country’s Gross Domestic Product and is believed to directly employ more than half a million of people. With the restrictions and lockdown brought-about by the Covid-19, the country’s foreign exchange earnings as well as incomes is greatly affected. The pandemic has also greatly affected the MICE (Meetings, Incentives, Conferences and Events) sector because Uganda was reportedly slated to host the third UN G7 and China Summit from 17th to 19th April. 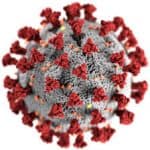 Conservation centers in Uganda are one of the many projects affected by Covid-19. The Uganda Wildlife Education Center (UWEC) on the shores of Lake Victoria that usually receives local tourists to see chimpanzees, lions, leopards, giraffes, buffaloes and rhinos has recorded a drastic drop in tourists hence dwindling revenue to a shortfall of over $50,000, hence affecting most of the Center’s activities such as feeding and veterinary care for the animals. International tourists to the Center visit for internship programs, long stay volunteering and many other activities which are not possible for now due to national restrictions and lock-downs.

It is believed that even after the lockdown has been eased, tourists might take long to visit primate destinations because of fears that primates carry viruses similar to Novel Corona virus. The Pandemic has not only hit Uganda’s tourism industry but beyond with the neighboring Kenya also being hard hit by the virus. Tourist cancellations, empty hotel rooms have forced many accommodation facilities to close their doors hence contributing to widespread staff layoffs.

Just like the tourism industry, the airlines businesses need to tighten their seat-belts and prepare for tougher times ahead. Most African countries shut down their Airports, limiting traffic to only cargo transport as well as occasional repatriation travels, hence leading to a drop in airline revenue. Ethiopian Airlines, one of the best performing National Carriers in Africa is said to have lost over $550 million in revenue in the first three months of 2020.

The most unfortunate thing about most of these airlines is that they have loan obligations to fulfill while others were even before the covid-19 outbreak already financially troubled. Kenya Airways for instance was seeking bailout from the Central Government while the powerful South Africa Airways is heading towards liquidation following the Central Government’s refusal for continued funding. For most of African Airlines to come back to business after the pandemic will depend on the level of Government support rendered.

In conclusion, with the outbreak of covid-19, the tourism industry is the most affected given the fact that most countries-imposed restrictions and lockdown limiting international travels. The outbreak of the Pandemic is most disastrous for African given the Continent’s over reliance on the west for tourists.