This 5 days Rwanda Primates Safari will give you an exposure to the various primates in Rwanda game parks which include chimpanzee tracking in Nyungwe national park, gorilla trekking, and golden monkey trekking in Volcanoes national park. The 5 days will end with a city tour in Kigali city.

On arrival you shall be picked up by our guide from Juvenile Safaris who will brief you about your tour and drive you for lunch in Kigali and have a stopover at the national museum of Rwanda in Butare hen embark on your journey to Nyungwe National park. Check into the hotel, have diner and rest. 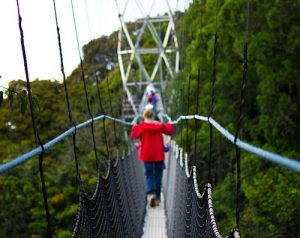 Have an early morning breakfast, then meet up with your guide who will lead you to the briefing center where your will meet up with the warden to brief you then will be led by the park rangers to track the chimpanzees. After tracking lead back to the lodge for lunch, relax a bit then prepare yourselves for an afternoon canopy walk in the Nyungwe forest. Go back to the lodge after the canopy walk, relax, have dinner and rest.

Wake up to an early morning breakfast, check out of the lodge and get ready to travel to the southern part of Rwanda in the Volcano National Park. Lunch will be served along the way and on arrival at the park, check into the hotel relax have diner and rest.

Wakeup to an early morning breakfast, meet up with your guide who will take you at the park headquarters in Kinigi to be briefed by the rangers then go for trekking in Volcanoes. You will have packed lunch as you are trekking. After trekking, go back to the lodge, relax as you wait to go for a cultural walk at Iby’Iwacu cultural villagein the evening.

Day 5: Golden Monkey Tracking and Transfer Back to Kigali 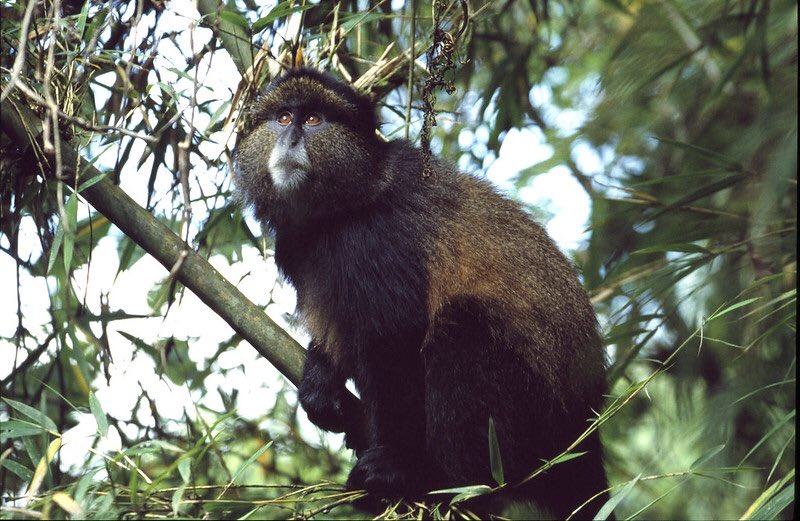 Have a morning breakfast, and head out for golden monkey tracking in volcanoes national park. You will track these primates in the bamboo forest as they feed and jump from one tree to another.

After tracking, head back to the lodge for lunch and get ready to transfer back to Kigali for a city tour. You will visit the tourist attractions found in this city and after proceed to the airport for your return flight.

End of your 5 days primate safari

Excludes for the 5 days primate safari

Guidelines for trekking on your 5 days primates’ safari

Before you set out

When you are with the gorillas, chimps and golden monkeys

About the Rwanda Safari Travel Destinations

The Nyungwe Forest is situated in southwestern Rwanda, on the outskirt with Burundi, where it is touching with the Kibira National Park toward the south, and Lake Kivu and the Democratic Republic of the Congo toward the west. The Nyungwe rainforest is presumably the best saved montane rainforest in Central Africa. It is situated in the watershed between the river Congo basin toward the west and the branch of river Nile toward the east. From the east side of the Nyungwe woodland comes likewise one of the parts of the Nile sources.

Nyungwe Forest National Park was built up in 2004 and covers a territory of roughly 970 km2 of rainforest, bamboo, prairie, bogs, and lowlands. The closest town is Cyangugu, 54 km toward the west. Mount Bigugu is situated inside the recreation center fringes.

Volcanoes National Park is a national park in northwestern Rwanda. It covers 160 km2 (62 sq mi) of rainforest and incorporates five of the eight volcanoes in the Virunga Mountains, specifically Karisimbi, Bisoke, Muhabura, Gahinga and Sabinyo. It outskirts Virunga National Park in the Democratic Republic of Congo and Mgahinga Gorilla National Park in Uganda.It is home to the mountain gorilla and the golden monkeys, and was the base for the primatologist Dian Fossey.

The park was first gazetted in 1925, as a small territory limited by Karisimbi, Bisoke and Mikeno, proposed to shield the gorillas from poachers. It was the absolute first National Park to be made in Africa. In this manner, in 1929, the outskirts of the park were broadened further into Rwanda and into the Belgian Congo, to shape the Albert National Park, a colossal region of 8090 km2, run by the Belgian pilgrim specialists who were responsible for both colonies.