Virunga National Park in the eastern Democratic Republic of Congo is Africa’s oldest and most biologically diverse Protected Area gazetted in 1925 as Albert National Park. It was designated a UNESCO World Heritage Site in 1979 because of its rich biodiversity and is currently managed by the Institut Congolais pour la Conservation de la Nature.

Virunga National Park is one of the largest Protected Area in the country and Africa in general extending for 7800 square kilometers (780,000 hectares). The Park is found within the rich Albertine Rift valley with high concentration of mammals, reptiles, Amphibians, birds and unique tree species yet also affected by continuous armed conflicts and war, making it one of the less visited gorilla trekking destinations. 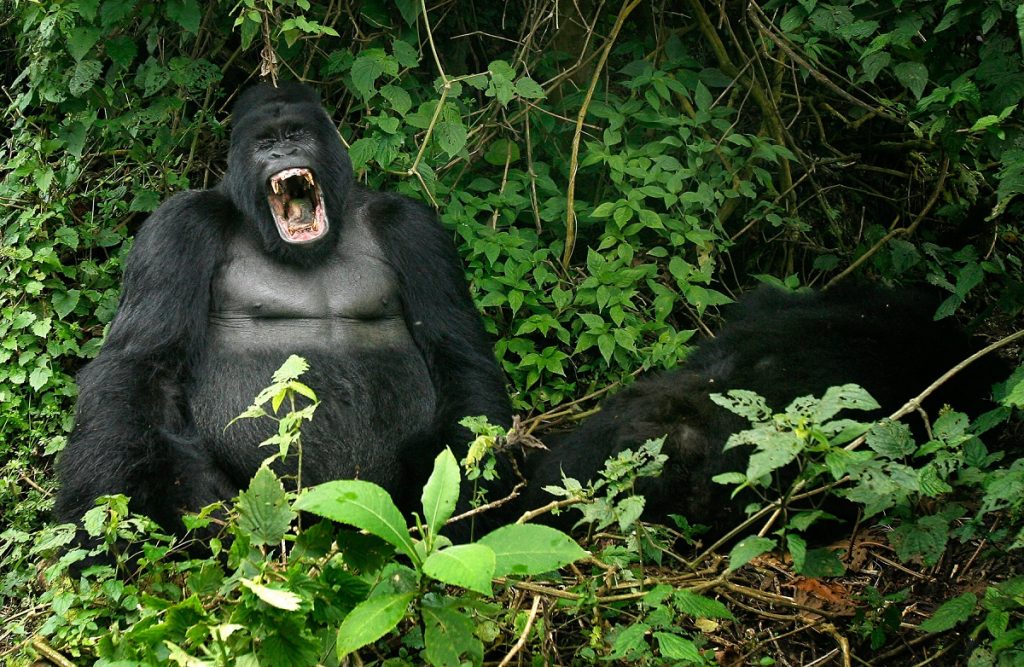 This Park is also a Ramsar wetland since 1996 and is home to two of Africa’s active Volcanoes-Mount Nyamuragira and Nyiragongo, which among other factors have tremendously influenced the Park’s diverse flora and fauna.

It’s undeniable that Virunga National Park has wide range of attractions but the endangered Mountain gorillas stand out and have made it a popular tourist destination.

Virunga National Park boasts of the highest Amphibian species within the Albertine Rift Valley with over 78 species calling the Park home. 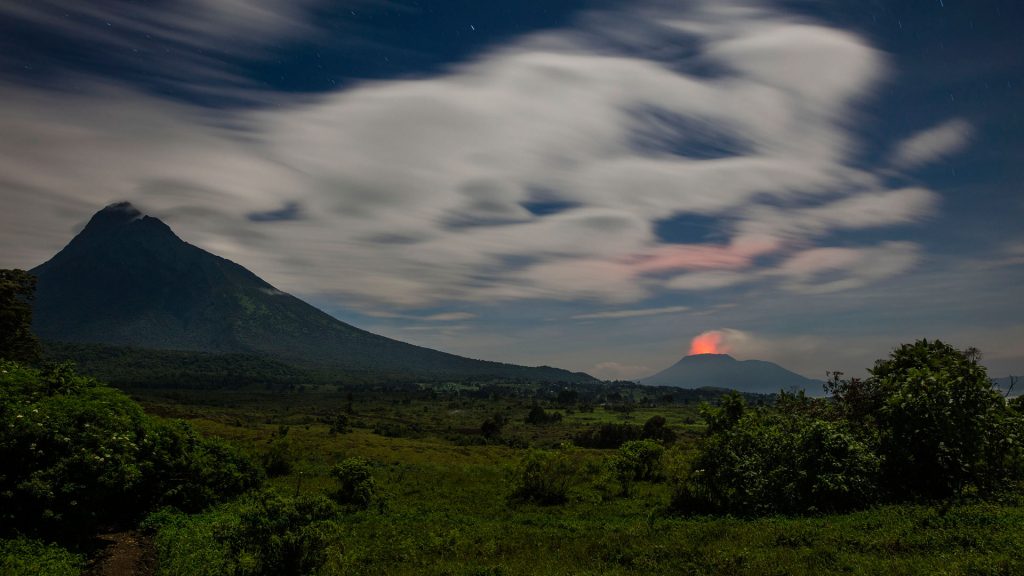 Mountain gorilla trekking is the most popular tourist activity in Virunga National Park with more than 400 mountain gorillas calling this Park home. There are currently 8 habituated gorilla groups for tracking and with a gorilla permit at $450 per person, persons above 15 years can get the chance to spend one hour with Humba, Munyanga, Bageni, Lulengo, Nyakamwe, Mapuwa, Kabirizi or Rugendo gorilla group.

With over 706 species of birds in Virunga National Park, bird watching is one of the must-do activities with species such as strange weavers, African dusky flycatcher, Rwenzori turaco, African goshawk, Cinnamon-chested bee-eaters, Mountain yellow warblers, Rwenzori batis, blue-spotted wood dove, Archer’s ground robin and many others. 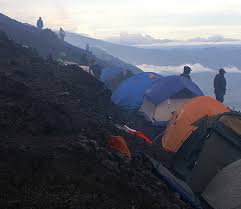 Mount Nyiragongo stands at 3470 meters above sea level and usually 8 kilometers to hike to its summit. An overnight is usually spent along the way to allow hikers enjoy the stunning fire and gas on its summit.

Although not well-developed as it is in Uganda, Chimpanzee habituation is common in Virunga National Park having started in 1987 by a popular zoologist known as Frankfurt.

Just adjacent the luxurious Mikeno Lodge is Senkwekwe Gorilla Orphanage, the home to orphaned mountain gorillas and your visit will introduce you to how they are being raised.

Virunga National Park is open all year round but most tourist activities are preferably conducted during the dry season-June to September and December to February because during this time the forest floor, Park trails and roads are not as muddy and slippery as they would be during the wet season-March to May and October to early December. However the latter is ideal for birding.

How to get there

For road transport, connect from Bukavu to the Park Headquarters in a 5-6 hours’ journey or through Rwanda, Uganda to the Park through some of the designated border posts.

Volcanoes National Park is situated in the north-west of Rwanda, about 2 hours’ drive from Kigali City and bordering Mgahinga Gorilla National Park in south-western Uganda as well as Virunga National Park in the eastern Democratic Republic of Congo. This Park extends for an area of 160 square kilometers (16,000 hectares) of rainforest, Bamboo and Volcanoes… More 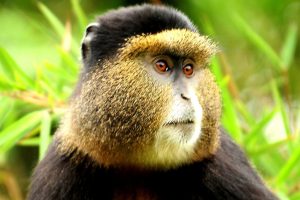 Mgahinga Gorilla Nation Park is found in Kisoro district, southwestern Uganda about 8-10 hours’ drive from Entebbe or Kampala and 4 hours’ drive from Kigali-Rwanda. Unlike other national parks in Uganda, this park is by far the only place where gold meets silver. The park covers an area of about 34 sq.kms and… Read More