4 Days Murchison Falls Safari or the 4 days big five tour is a wildlife safari that takes to you to Murchison falls national park Uganda for game drives, boat cruise and hike to the falls. It will further guide you to Ziwa rhino sanctuary for rhino tracking.

This will give you an opportunity to view the big five; lions, leopards, buffalos, elephant sand rhinos. The 4 days Murchison Falls Safari Uganda or 4 days big five safari will further guide you to Budongo forest for chimpanzee trekking experience. 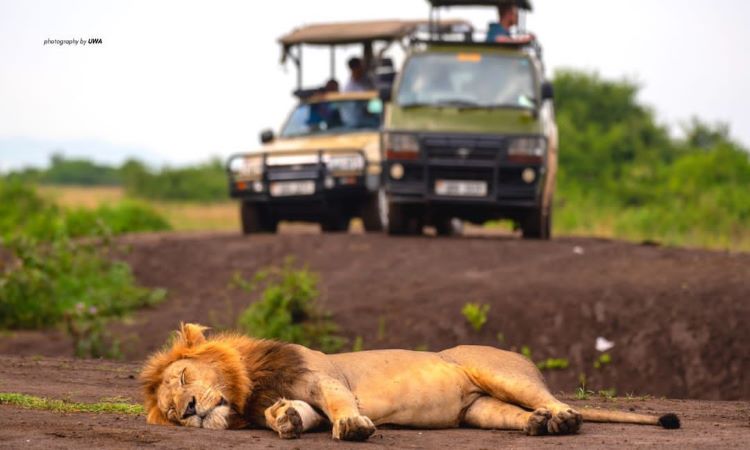 After a mouth watering breakfast, meet up with your guide to transfer you to Murchison falls national park. You will have a stopover at Ziwa rhino sanctuary located 176 km (100 miles) north of Kampala on the Gulu highway towards Murchison Falls National Park. 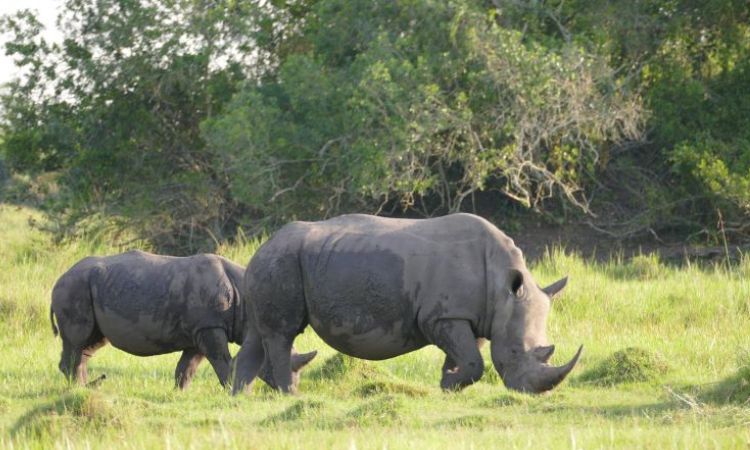 At Ziwa you will take part in the rhino tracking activity as it is the only place you can view rhinos in the wild. The activity may take 2 hours then embark on your journey to Murchison falls national park. Dinner and overnight stay:

Given that Murchison falls is the largest park in Uganda; it has a wide range of animals to be seen at a morning game drive. You will meet up with your guide for an early morning game dive as this will give you an opportunity to view early morning raisers as they hunt their food with some of the big four inclusive.

After your game drive, head back to the lodge for your breakfast as you chill around the lodge for lunch and the afternoon activity. After lunch, set off for a launch cruise at the Albert Nile.

As you feel the breeze at the Nile, you will be able to spot out some water animals and others at the banks such as hippos, crocodiles, buffaloes among others. Dinner and overnight stay:

Have an early morning breakfast and meet up with your guide to take you to Budongo forest. 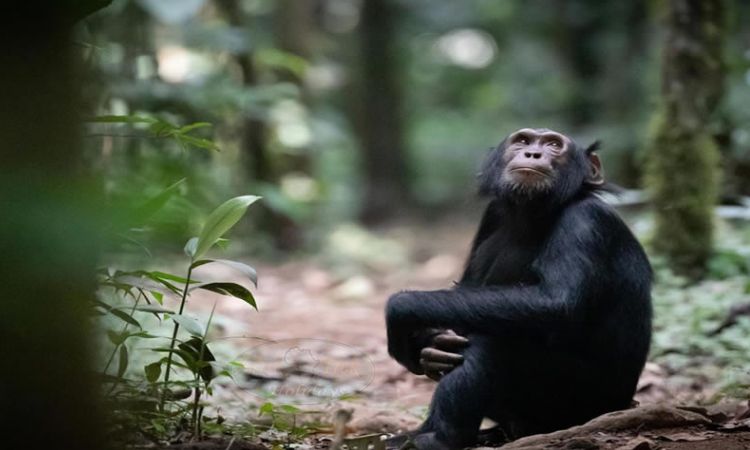 It is contiguous with the Kaniyo Pabidi Forest, lies south west of the Murchison Falls Conservation Area. It is amazingly bio diverse and also known for its primate population with approximately 800 chimpanzees.

At Budongo forest, you will head out for briefing and then proceed to the forest for chimp tracking.

After chimpanzee trekking, head out for lunch and relax. In the evening, you will meet up with your guide for an evening game drive. Go back to your lodge after the game drive. Dinner and overnight stay:

Day 4: Hike to the Top of the falls and Transfer back to Kampala

Wake up to a morning breakfast and set off for a hike to the top of the falls as you take photos and listen to the roar of the Nile as it squeeze through the rocks at the devils cauldron.

Then after the hike, head out for your lunch and embark on your journey to Kampala/Entebbe for your return flight.

Note: These costs may change based on the bookings terms or time of booking.

What are the big five

In Africa, the Big Five game creatures are the lion, panther, rhinoceros, elephant, and Cape buffalo. The term was begat by major game trackers, and alludes to the five most troublesome animals in Africa to hunt, however is presently additionally broadly utilized by safari administrators. These include;

The African elephant (Loxodonta Africana) is a huge herbivore having thick, practically bald skin, a long, adaptable, prehensile trunk, upper incisors framing since quite a while ago bended tusks of ivory, and enormous, fan-molded ears. 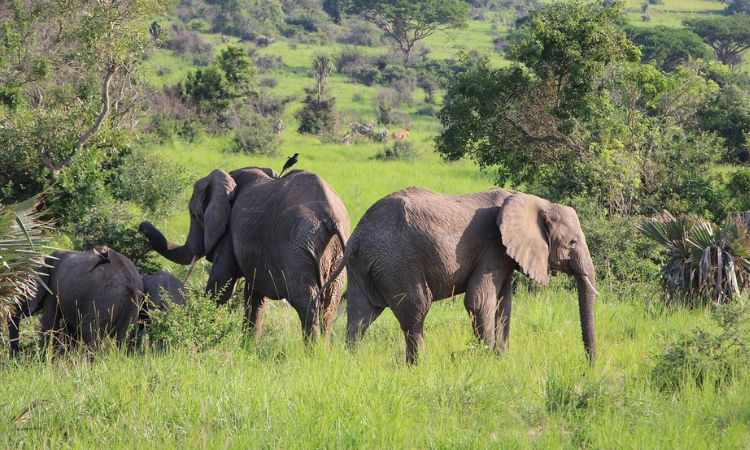 The two unmistakable types of African elephant are: African woods elephant (Loxodonta cyclotis) and the African hedge elephant (Loxodonta Africana). Elephants are hard to chase in light of the fact that, regardless of their enormous size, they can stow away in tall grass and are bound to charge than the other species.

The dark rhinoceros (Diceros bicornis) is a huge herbivore having two upstanding horns on the nasal extension. Its thick (1.5–5 cm) defensive skin, shaped from layers of collagen situated in a grid structure, is difficult to cut.

It is currently basically imperiled, and chasing is incredibly constrained because of this. With regards to major game chasing in Africa, the expression “rhinoceros” may likewise allude to the white rhinoceros, however among enormous five game trackers, the dark rhinoceros is preferred.

The African or Cape buffalo (Syncerus caffer) is an enormous horned bovid. They are the main creatures inside the Big Five that are not imperiled or threatened. The Cape buffalo is considered by numerous individuals to be the most perilous of the huge five to hunters, with injured creatures answered to snare and assault pursuers.

The lion (Panthera Leo) is an enormous cat of Africa and northwest India, having a short, brownish coat, a tufted tail, and in the male, an overwhelming mane around the neck and shoulders. Lions are alluring to trackers due to the genuine peril engaged with chasing them.

The African leopard (Panthera pardus pardus) is a huge, predatory cat having either brownish hide with dim rosette-like markings or dark hide. The leopard is considered the most troublesome of the large five to chase due to their nighttime and mysterious nature.

They are careful about people and will take off even with risk. The leopard is lone commonly, and is generally dynamic among dusk and dawn, in spite of the fact that it might chase during the day in certain territories. Leopards can be found in the savanna meadows, brush land and forested territories in Africa. Of the large five, it is generally hard to secure chasing licenses for. 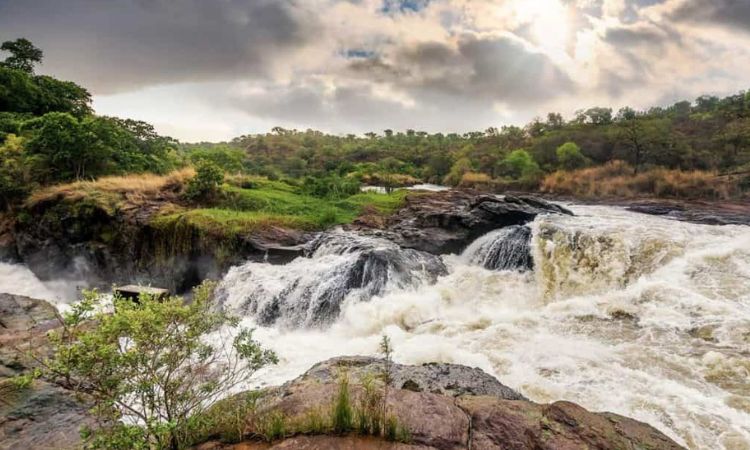 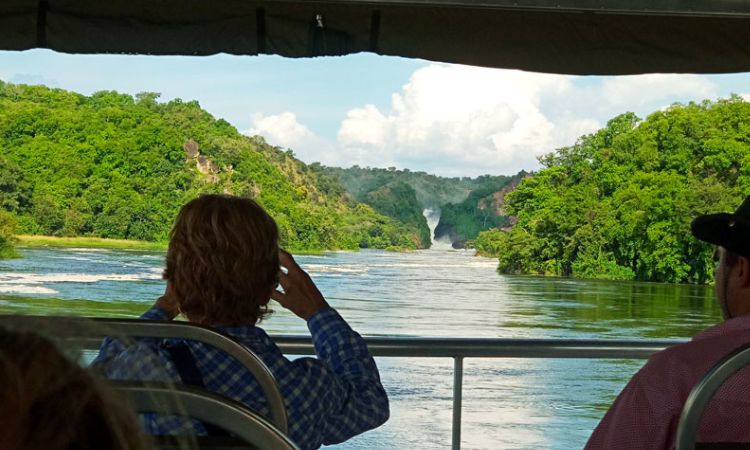 The 3 days Murchison falls national park safari will guide you to Uganda’s largest national park located in the northwest. It has much to offer like the famous strongest waterfall in the world. It is an ideal place to visit…

Learn more about Afrik Trek Holidays Uganda. You can also Contact Us for further modification of African Safari so as to fit your travel desires. Back Home